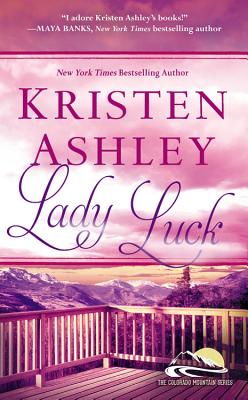 Is love in the cards?
Since birth, Lexie Berry has had nothing but bad luck. Orphaned at an early age, she had a rough childhood and a boyfriend who was murdered. Now the beautiful, stylish Lexie is determined to change her luck and her life. But first she's got to make good on a promise: to pick up Ty Walker from prison. One look at the gorgeous ex-convict and Lexie knows she's in trouble-and already thinking about taking a walk on the wild side . . .

For five years, Ty was imprisoned for a crime he didn't commit. Now he wants revenge on the people who framed him. Yet when the high-stakes poker player sees the leggy Lexie, he suddenly has other desires on his mind. When Ty tells Lexie that he's innocent, she tries to stop his plan for vengeance and help him become a better man. But as Ty battles his inner demons, dirty cops and criminals plot to take him out. Can he and Lexie find a way to escape the past?

Born in Gary and raised in Brownsburg, Indiana, Kristen is a fourth generation graduate of Purdue University. Since, she has lived in Denver, the West Country of England, and she now resides in Phoenix. She worked as a charity executive for eighteen years prior to beginning her writing career.
Loading...
or support indie stores by buying on