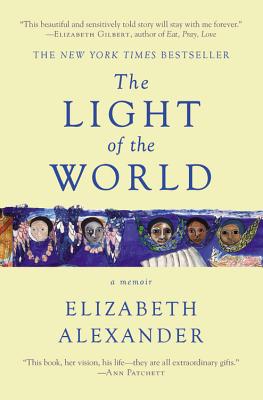 "I just finished THE LIGHT OF THE WORLD by Elizabeth Alexander. It's a memoir about coping with the death of her husband, and it's magnificent."— First Lady Michelle Obama, from an interview in The Skimm

"It is both raw and exquisitely crafted, mercilessly direct and sometimes lavishly metaphorical... THE LIGHT OF THE WORLD is, quite simply, a miracle."—Boston Sunday Globe

"In THE LIGHT OF THE WORLD, Alexander discovers a warmth that will remind some readers of the deeper truth of grieving: It is a sign of love."—New York Times Book Review

"A deeply intimate and lyrical portrait."—Essence

"With tenderness and fierce poetic precision, [Alexander] realizes a simple truth: that death only deepens the richness of a life journey that must push on into the future. A delicate, existentially elegiac memoir."—Kirkus

"A moving tribute to her late husband's memory and a deeply felt meditation on loss, love and literature."—Publisher's Weekly

"She shows us how feeding your family and remembering to be aware of the small details of everyday life are the bedrocks of true connection. In this book of prose, each page is a poem."—O, The Oprah Magazine

"The Light of the World is crushing, lovely, painful, and above all powerful. It is difficult to believe that anyone who has suffered loss will remain unaffected by this marvelous book."—New York Journal of Books

"An elegy that records, in hypnotic waves of love and grief."—New York Times, T Magazine

"[A] gorgeous and intimate tribute."—Newsday

"THE LIGHT OF THE WORLD is a celebration of life, a portrait of grief, and a lesson in the healing power of memory."—KMUW

"To call this book a riff would underplay its craft and exactitude."—Chicago Tribune

"[Elizabeth Alexander] is gifted with an incredible ability to put words to meter and create profound meaning."—The Root