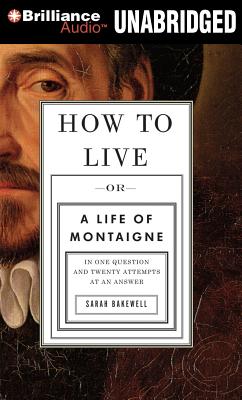 How to Live (Compact Disc)

This audiobook, a spirited and singular biography, relates the story of Montaigne's life by way of the questions he posed and the answers he explored. It traces his bizarre upbringing, his youthful career and sexual adventures, his travels, and his friendships with the scholar and poet tienne de La Bo tie and with his adopted "daughter," Marie de Gournay. And we also meet his readers--who for centuries have found in Montaigne an inexhaustible source of answers to the haunting question, "How to live?"