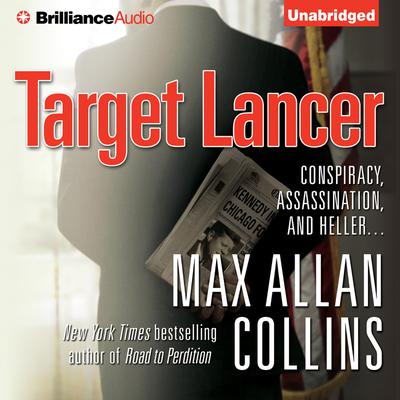 1963. John Fitzgerald Kennedy is a lightning rod for public opinion. The handsome, youthful leader, who is prepared to take America into a brighter future, earns love from cheering crowds. But those who oppose his political agenda — including some who consider themselves betrayed by the Kennedy clan — dare to think the unthinkable: kill an American president.

Nathan Heller is Chicago’s most celebrated private detective, hobnobbing with Hugh Hefner, getting written up in Life magazine, enjoying the fruits of a long career that began in a one-room office and now is a coast-to-coast agency. When he does a small favor for a friend — who handles PR for the Teamsters — Heller runs into an old West Side mob crony, a small-time hustler named Jack Ruby. And when that friend is found dead, warning signals start to flash.

Suddenly Jimmy Hoffa wants to talk to Nate . . . and so does Hoffa’s arch enemy, U.S. Attorney General Robert F. Kennedy. Back in ’61, Heller acted as the reluctant matchmaker in the ungodly marriage between the Mob and the CIA that created the ill-fated, JFK-sanctioned plot to assassinate Fidel Castro. Now JFK is coming to Chicago and Cuban assassins have been reported in the Windy City. RFK appoints Heller as a “consultant” to the local Secret Service, knowing that Nate understands why conspirators might well target the man code-named “Lancer.”
It’s a big job for a PI. But with a murder to avenge and a mystery to solve, Heller’s up for the challenge.

Rigorously researched, fleshing out a little-known but vital piece of the JFK assassination puzzle, Target Lancer is charged with the electric suspense of real events, and is far more truth than fiction.