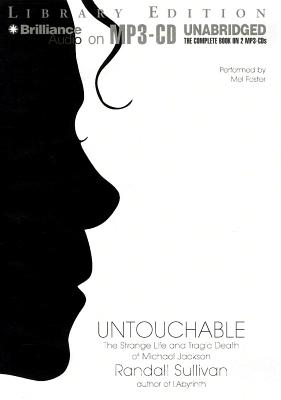 Beginning with his final departure from Neverland, Untouchable takes listeners through Jackson's final four years, as he shuttled from California to the Middle East, Ireland, Asia, the East Coast, and Las Vegas, planning to recapture his wealth and reputation with a comeback album and a series of fifty mega-concerts, for which he was rehearsing until the day before his death. Sullivan also delves deep into Jackson's past, and the man that emerges is both naive and deeply cunning, a devoted father whose parenting decisions created international outcry, a shrewd businessman whose successes blew up in his face and whose failures nearly brought down a megacorporation, and an inveterate narcissist who wanted more than anything a quiet, solitary, normal life. Sullivan has never-before-reported information about Jackson's business dealings and the pedophilia allegations that irreparably marked his reputation, and exclusive access to inner-circle figures including Jackson's former attorney and business manager. The result is a remarkable portrait of Michael Jackson, a man of uncountable contradictions who continues to reign as the King of Pop.