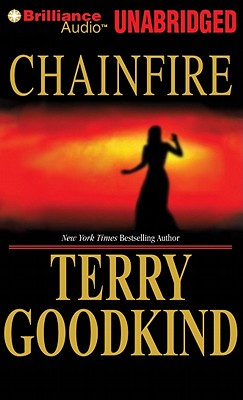 With Wizard's First Rule and seven subsequent masterpieces, Terry Goodkind has thrilled readers worldwide with the unique sweep of his storytelling. Now, in Chainfire, Goodkind returns with a novel of Richard and Kahlan, the beginning of a sequence of three novels that will bring their epic story to its culmination.