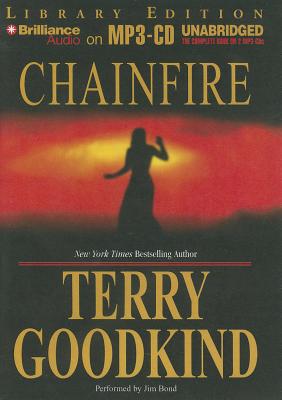 How much of this blood is his? Most of it, I m afraid, a second woman said as they both rushed along beside him. As Richard fought to focus his mind on his need to remain conscious, the breathless voices sounded to him as if they were coming from some great dim distance. He wasn t sure who they were. He knew that he knew them, but right then it just didn t seem to matter. The crushing pain in the left side of his chest and his need for air had him at the ragged edge of panic. It was all he could do to try to pull each crucial breath. Even so, he had a bigger worry. Richard struggled to put voice to his burning concern, but he couldn t form the words, couldn t get out any more than a gasping moan. He clutched the arm of the woman beside him, desperate to get them to stop, to get them to listen. She misunderstood and instead urged the men carrying him to hurry, even though they already panted with the effort of bearing him over the rocky ground in the deep shade among the towering pines. They tried to be as gentle as possible, but they never dared to slow. Not far off, a rooster crowed in the still air, as if this were an ordinary morning like any other. Richard observed the storm of activity swirling around him with an odd sense of detachment. Only the pain seemed real. He remembered hearing it once said that when you died, no matter how many people were with you, you died alone. That's how he felt now - alone.