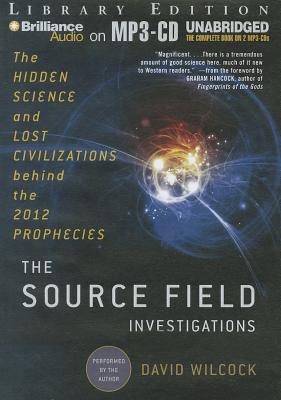 A stunning synthesis of hidden science and lost prophecies, The Source Field Investigations exposes many great secrets: DNA transformation, consciousness science, wormholes, stargate travel, sacred geometry, ancient conspiracies, multidimensional time, the Maya calendar, and a stunning new model of galactic energy fields triggering mental, biological, and spiritual evolution. More than two million people have seen David Wilcock's incredible tour of the 2012 prophecies in his Internet documentary, The 2012 Enigma. Now, he expands his vision with a cutting-edge investigation into alternative sciences with deep insights into what is coming in our future. Unlike the apoca-lyptic viewpoints depicted in big-budget disaster films, Wilcock believes that 2012 will be a water-mark for widespread acceptance of a greater reality and in his book, he lays out many of the blueprints for such a Golden Age.