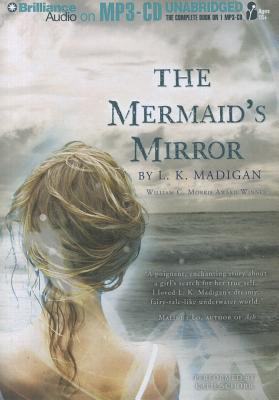 Lena has lived her whole life near the beach -- walking for miles up and down the shore and breathing the salty air, swimming in the cold water, and watching the surfers rule the waves -- the problem is, she's spent her whole life just watching.

As her sixteenth birthday approaches, Lena vows she will no longer watch from the sand: she will learn to surf.

But her father -- a former surfer himself -- refuses to allow her to take lessons. After his near drowning years ago, he can't bear to let Lena take up the risky sport.

Yet something keeps drawing Lena to the water . . . an ancient, powerful magic. And one morning Lena catches sight of this magic: a beautiful woman -- with a silvery tail.

Now nothing can stop Lena from seeking the mermaid, not even the dangerous waves at Magic Crescent Cove.

And soon . . . what she sees in the mermaid's mirror will change her life forever.