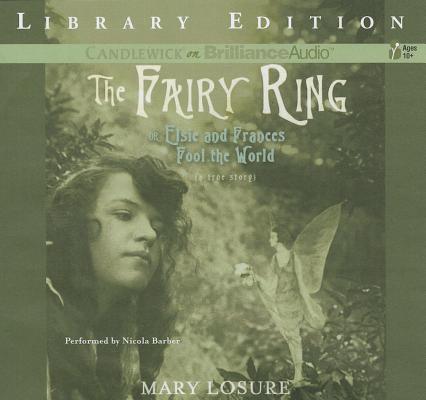 Or Elsie and Frances Fool the World

This is a true story about Frances, age nine, who saw fairies by the waterfall behind her house.

They were tiny men, dressed all in green. Nobody but Frances saw them, but when she told her cousin Elsie and their parents, the adults teased them in a most annoying way.

Why not take a photograph? Elsie (who was fifteen) had the idea. She would paint paper fairies and take their picture with Frances, and none would be the wiser.

The girls never meant to fool the world. They only took the photo so the grown-ups would stop teasing them.

Who could have imagined that Elsie's photograph would fall into the hands of Sir Arthur Conan Doyle, creator of the world's most famous detective, Sherlock Holmes? Or that Sir Arthur, like Frances, believed in fairies...and longed to see one?

In a wry feat of narrative nonfiction, reporter Mary Losure tells the remarkable tale of "two amiable adventuresses" that is almost-- ?but not quite--too good to be true.