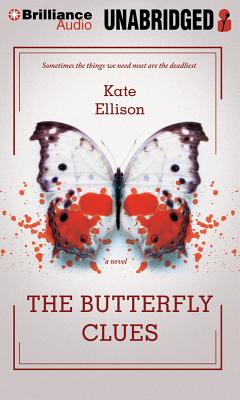 Penelope Lo Marin has always loved to collect beautiful things. But in the year since her brother's death, Lo's hoarding has blossomed into a full-blown, potentially dangerous obsession. When she discovers a beautiful antique butterfly figurine and recognizes it as having been stolen from the home of a recently murdered girl known only as Sapphire, Lo becomes fixated. As she attempts to piece together the mysterious butterfly clues, with the unlikely help of a street artist named Flynt, Lo quickly finds herself caught up in a seedy, violent underworld a world much closer to home than she ever imagined. Kate Ellison's debut novel is a tour de force thriller about a girl whose obsessive-compulsive collecting leads her down a dangerous path of secrets, mystery, and murder where every clue she uncovers could be her last.