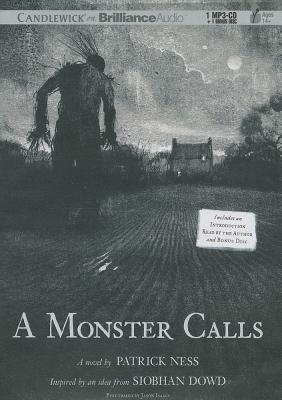 NOW A #1 NEW YORK TIMES BESTSELLER An unflinching, darkly funny, and deeply moving story of a boy, his seriously ill mother, and an unexpected monstrous visitor.

"Compelling...powerful and impressive." --Philip Pullman, author of the award-winning His Dark Materials trilogy

"Exceptional...this is storytelling as it should be--harrowing, lyrical, and transcendent." --Meg Rosoff, author of the Printz Award-winning novel How I Live Now

"Brilliant and elegant, with all the thrills and ambition you would expect from the author of the Chaos Walking trilogy." --Frank Cottrell Boyce, award-winning author of Millions and Cosmic

"Haunting, lyrical, powerful, and true. Patrick Ness has crafted a masterful story about grief and loss, love and hope that lingers in the heart like a ghost." --Libba Bray, author of the Printz Award-winning novel Going Bovine