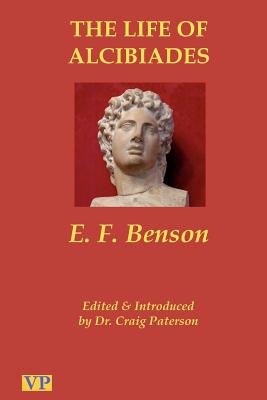 The Life of Alcibiades

The Idol of Athens

Alcibiades (ca. 450 BC-ca. 404 BC), was the charismatic and controversial bisexual Athenian general and politician who promoted the Peloponnesian war against rival Sparta, who subsequently inspired Athens's failed Sicilian Expedition, and who later allied himself with two of Athens's biggest enemies: Sparta and Persia. His actions gravely affected the future of Athens and his motives and reasons for acting as he did are indeed the stuff of fascinating biography. Alcibiades's extraordinary beauty, great wealth, ostentatious vanity, male and female amours, debaucheries, and impious revels earned him notoriety not only in Athens but throughout the Hellenic world. In subsequent ages his name was used as a near by-word for all kinds of excess. But, as Benson argues, reappraising Alcibiades's reputation, great as were his vices, his virtues were even greater ... Although The Life of Alcibiades was originally published in 1928, and there have been other newer detailed works published on Alcibiades since then, no other work captures the passion and the excitement of the brilliant but erratic career of Alcibiades as Benson's biography does. As the reader will discover, Benson evidently has much sympathy for his subject and this brings the entire biography to life. He combines detailed research, especially his use of primary materials from Thucydides and Plutarch, with writing flare, not an easy accomplishment. Front cover photograph: "Alcibiades", Ideal Male Portrait. Marble. Roman copy after a Greek original of the 4th century BC. Palazzo dei Conservatori, Hall of the Triumphs. Back cover photograph: E. F. Benson, aged 26.

Edward Frederic Benson (1867-1940) was a prolific and much loved English novelist, biographer and short story writer. He was educated at Marlborough College, King's College, Cambridge (where he obtained a first in classics) and the British School of Archaeology in Athens. Benson is most famous for a series of comic novels he published during the 1920's and 1930's--"Mapp and Lucia". Benson was awarded an MBE and was made an Honorary Fellow of Magdalen College, Oxford. Dr. Craig Paterson is a philosopher and author. He now lives in Los Angeles, California.
Loading...
or support indie stores by buying on