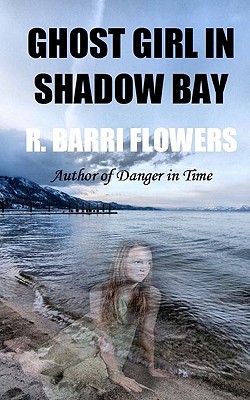 Three years after her father was killed, sixteen-year-old Peyton Delaney, her mother, Melody, and new stepfather, Vance McIntyre, relocate to Shadow Bay, Minnesota and move into an old Victorian. They are unaware of the house's dark history--fifty years ago, a jealous husband snapped, murdering his wife, her lover, and sixteen-year-old daughter, before killing himself. But when Peyton begins to have nightmares about the crime and is haunted by a ghostly girl named Caitlyn, she begins to investigate with the help of the caretaker's cute son, Bryant. As the two delve into the supernatural mystery surrounding the house, they discover that the events that led to the tragedy of fifty years ago are somehow intertwined with the present. In other words, history is repeating itself and Peyton, Bryant, and their parents are being drawn into a disturbing case of jealousy, possession, revenge, and murder, while seemingly powerless to prevent the inevitable from taking place all over again. Caitlyn is a sixteen-year-old ghost who has had to relive the nightmare of being murdered by her father for half a century. When Peyton and her family arrive at the house where Caitlyn's spirit has remained trapped, she feels a connection to Peyton and knows instinctively that it will take the two of them together to not only free Caitlyn at long last, but to prevent her tragedy from becoming one that Peyton too must endure.

R. Barri Flowers is an award winning, bestselling crime writer, and the author of more than forty books, including the adult thrillers Persuasive Evidence, State's Evidence, and Justice Served. He has also written a number of nonfiction books about teenagers, such as Street Kids, Runaway Kids and Teenage Prostitution, and Kids Who Commit Adult Crimes. The author's next young adult book is a time travel mystery titled Danger in Time. Flowers resides in the Pacific Northwest. Visit www.rbarriflowers.com to learn more about the author and connect with him on Facebook and MySpace.
or support indie stores by buying on
Copyright © 2020 American Booksellers Association