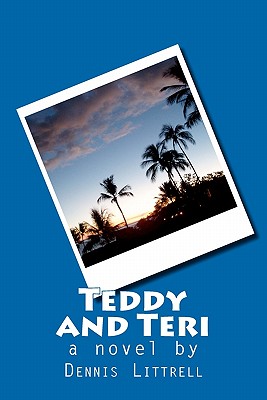 Theodore Roosevelt Crenshaw, "Best Heart-Throb" of his high school class, now in is early thirties is looking to get what he wants out of life regardless of what anybody thinks.He meets Pamela White, a sharp 38-year-old business woman whose sexual hunger cannot be drowned in bourbon. She makes him an offer he can't refuse.At nearly the same time he runs into Beverly Simons, a slightly neurotic, rather plump high school classmate with whom he once had a one-night stand. She is now widowed with a strikingly beautiful six-year-old daughter.Enter Jerry Weinstein, Esq., a rotund, gourmand bachelor lawyer specializing in criminal law and a very dead Bradford Vincente, the 17-year-old son of pizza king Tony "Pan-a-Mint" Vincente of Palos Verdes...Set in the South Bay beach communities of suburban Los Angeles some thirty years ago, the novel is a lurid tale of murder, lust and the inevitable consequences of ravenous appetites that can never be satisfied.

I've been a soldier, a newspaper reporter, a high school English teacher, a day trader and a poker professional. I've written literally millions of words in my career as a writer, and think of myself primarily as a writer. My work has appeared in popular publications like Playboy and Smoke magazines and in literary journals where it has won some minor awards. My novel A Perfectly Natural Act gained royalty publication from G.P. Putnam's in 1973 and was brought out in paperback the following year by Pinnacle. First Artists was considering an option on it when they went defunct. The novel would make a rather good movie. (Maybe I'll write the screenplay one of these days.) Additionally, I've written over fifteen hundred reviews (over a million words in all!) for various Web sites, most notably Amazon and the Internet Movie Database. Some of my reviews are among the best appearing anywhere (or so I have been told). Over the years I've also written about a dozen book-length manuscripts. My project now is to present perhaps eight to ten of these manuscripts before the public in book form. I was graduated from UCLA in 1969 with a major in Political Science and minor in English Literature.
Loading...
or support indie stores by buying on