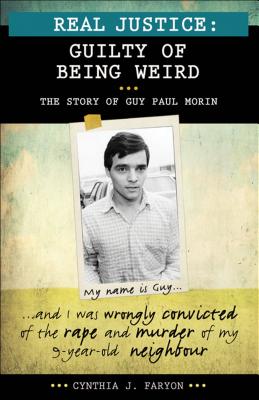 Guilty of Being Weird: The Story of Guy Paul Morin (Lorimer Real Justice)

At twenty-four, Guy Paul Morin was considered a bit strange. He still lived at home, drove his parents' car, kept bees in the backyard, and grew flowers to encourage the hives. He played the saxophone and clarinet in three bands and loved the swing music of the 1940s.

In the small Ontario town where he lived, this meant Guy Paul stood out. So when the nine-year-old girl next door went missing, the police were convinced that Morin was responsible for the little girl's murder. Over the course of eight years, police manipulated witnesses and tampered with evidence to target and convict an innocent man. It took ten years and the just-developed science of DNA testing to finally clear his name.

This book tells his story, showing how the justice system not only failed to help an innocent young man, but conspired to convict him. It also shows how a determined group of people dug up the evidence and forced the judicial system to give him the justice he deserved.

CYNTHIA J. FARYON has worked as a legal assistant and teen counsellor. She began her writing career in 1999 and is now the author of eleven books, including Real Justice: Sentenced to Life at Seventeen - The story of David Milgaard. She lives in Richer, Manitoba.
Loading...
or
Not Currently Available for Direct Purchase