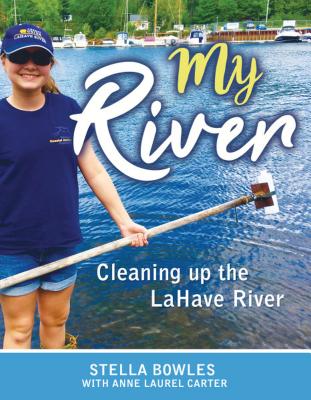 Cleaning Up the Lahave River

Stella Bowles was in sixth grade when she became an environmental activist to campaign against sewage draining into the LaHave River. In this book, she tells the inspirational story of how her science fair project caught the eyes of the media, the public and government leaders, propelling her into the limelight.

Stella's two and a half year fight resulted in raising $15.7 million to clean up the river and numerous awards for environmental activism. Today she continues to campaign for cleaner water and teaches other children how to test water quality in their own backyards and how to take action if it is polluted.

Stella's story will motivate readers to engage in local environmental activism and demonstrates that doing what's right has no age barriers.

ANNE LAUREL CARTER is an author. Her eighteen books have been inspired by something she felt needed telling, either from her experience, her children's or someone she'd met. She divides her year, writing and teaching, between Toronto and Nova Scotia where Anne is a neighbour of Stella Bowles.STELLA BOWLES has been presented with numerous awards for environmental activism, including being named one of Canada's Top 25 Environmentalists Under 25 in 2017. She is a 13 year old junior high school student living in Upper LaHave, Nova Scotia. She collaborated with author Anne Laurel Carter to put her story into book form.
Loading...
or
Not Currently Available for Direct Purchase