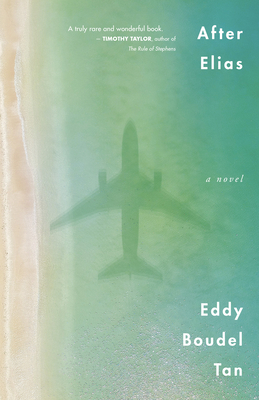 A modern queer tragedy about a pilot's last words, an interrupted celebration, and the fear of losing everything.
"Utterly engrossing. Coen is a hero for our era, darkly struggling amid the aftershocks of loss, but doing so with dignity, humanity, and passion." -- Timothy Taylor, author of The Rule of Stephens

When the airplane piloted by Elias Santos crashes one week before their wedding day, Coen Caraway loses the man he loves and the illusion of happiness he has worked so hard to create. The only thing Elias leaves behind is a recording of his final words, and even Coen is baffled by the cryptic message.
Numb with grief, he takes refuge on the Mexican island that was meant to host their wedding. But as fragments of the past come to the surface in the aftermath of the tragedy, Coen is forced to question everything he thought he knew about Elias and their life together. Beneath his flawed memory lies the truth about Elias -- and himself.
From the damp concrete of Vancouver to the spoiled shores of Mexico, After Elias weaves the past with the present to tell a story of doubt, regret, and the fear of losing everything.

Eddy Boudel Tan writes stories that uncover how strange and extraordinary life can be. He thrives while exploring the world, drawing inspiration for his work along the way. He lives in Vancouver.
Loading...
or support indie stores by buying on