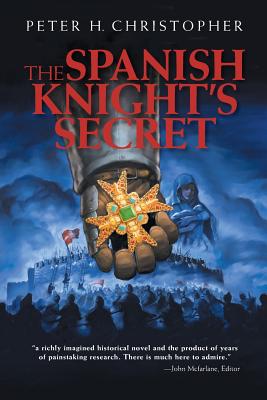 In 1565, the young Spaniard Juan de Guaras receives an exquisite brooch in the shape of a Maltese cross from his parents to commemorate his becoming a Knight in the Order of St. John. But within four months de Guaras dies in the defense of Fort St. Elmo against the Ottoman Turks during the Great Siege of Malta; and the brooch meant for his beloved, Maria, and their son-is lost to history.

By chance, 450 years after the siege, watercolors commissioned by the Order in the 17th century for their ledger are on display for the first time in the Museum of Fine Arts in Valletta. Kiyoko Bartolo, a professor from the University of Tokyo who specializes in jewelry of the European Renaissance, recognizes the drawing of de Guaras' brooch. Famous throughout history not only for its magnificent gems, but as a key to the wealth that de Guaras had obtained as a corsair raiding the richly laden merchant ships of the sultan, Suleiman, the Magnificent. Kiyoko learns that it was last recorded in 1923 when the Communist Party inventoried the jewelry belonging to the Russian royal family that was held in the Hermitage. Twenty years later, during the German Siege of Leningrad in World War Two, it mysteriously disappears. Kiyoko, determined to locate the Maltese brooch, enlists European colleagues she's befriended during Renaissance seminars to assist her in her search. However, the closer they come to finding the brooch, the more resistance and violence they meet from unknown parties who want the brooch, and its secrets, for themselves....