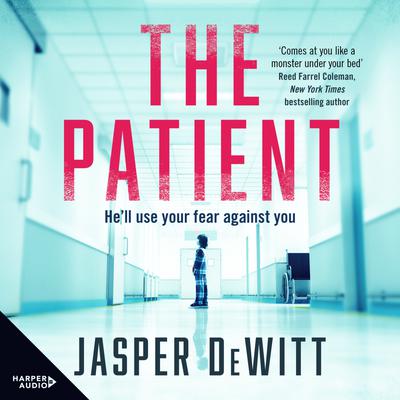 "A clever cocktail of psychological thriller and supernatural horror." Kirkus

The Silent Patient by way of Stephen King: Parker, a young, overconfident psychiatrist new to his job at a mental asylum, miscalculates catastrophically when he undertakes curing a mysterious and profoundly dangerous patient.

In a series of online posts, Parker H., an ambitious young psychiatrist, chronicles the harrowing account of his time working at a dreary mental hospital in New England and his attempt to cure the facility's most difficult, profoundly dangerous case.

Originally admitted to the hospital as a child, the man has no known diagnosis. Every person who has attempted to treat him has been driven to madness or suicide.

Parker, brilliant and overconfident, takes it upon himself to discover what ails this mystery patient and finally cure him. But things quickly spiral out of control ...

Fans of Sarah Pinborough's Behind Her Eyes and Paul Tremblay's The Cabin at the End of the World will be riveted by Jasper DeWitt's astonishing debut.

PRAISE FOR THE PATIENT:

"'Insidious evil' is such an overused term, but there is no other way to describe what prowls the hallways of this riveting novella. A compulsive read I devoured in one day. And the ending ... it still haunts me." F. Paul Wilson, New York Times bestselling creator of the Repairman Jack series

"The Patient is a fascinating and frightening read that comes at you like the monster under your bed." Reed Farrel Coleman, New York Times bestselling author