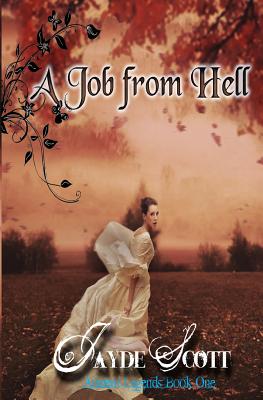 A Job From Hell (Paperback)

Hidden from mortal eyes are the creatures of darkness that coexist with mortals: Shadows, vampires, fallen angels, demons, shape shifters, succubi, and the likes.

Seventeen-year-old Amber enters their world by chance when her brother, Dallas, sets her up with a summer job in Scotland. Dallas has spied something in the woods he thinks could make them rich beyond their wildest dreams. But instead of finding riches, Amber unknowingly enters a paranormal race--and promptly wins the first prize--a prize that comes with no exchange policy, and for which many would kill. Soon, she discovers her new boss, Aidan, didn't employ her for her astounding housekeeping skills, and no one is who they say they are. But by that time she's far too deep in a world she never knew existed, a world of love bonds, dark magic, ancient enemies and immortals.

As the dark forces slowly conspire against Amber, her naivety and love for Aidan catapults her into a calamitous series of otherworldly events. With every immortal creature hunting for her, whom can she trust with her life?

A JOB FROM HELL is the first book in the Ancient Legends series. The sequel, Doomed, is out now.