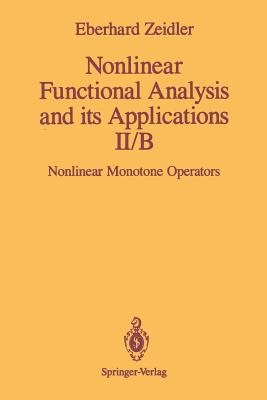 The main concern in all scientific work must be the human being himsel This, one should never forget among all those diagrams and equations. Albert Einstein This volume is part of a comprehensive presentation of nonlinear functional analysis, the basic content of which has been outlined in the Preface of Part I. A Table of Contents for all five volumes may also be found in Part I. The Part IV and the following Part V contain applications to mathematical present physics. Our goals are the following: (i) A detailed motivation of the basic equations in important disciplines of theoretical physics. (ii) A discussion of particular problems which have played a significant role in the development of physics, and through which important mathe matical and physical insight may be gained. (iii) A combination of classical and modern ideas. (iv) An attempt to build a bridge between the language and thoughts of physicists and mathematicians. Weshall always try to advance as soon as possible to the heart ofthe problern under consideration and to concentrate on the basic ideas.