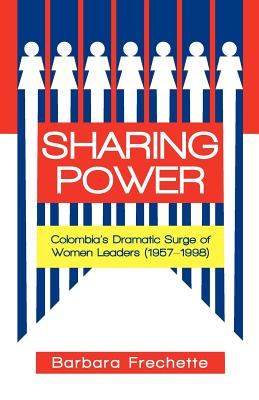 After Barbara Frechette arrived in Colombia in 1994 as the wife of the United States ambassador, she witnessed the fascinating rise of powerful women leaders during the uncertainty of a dangerous drug war that raged for years. Fascinated as to how and why women progressed with such extraordinary speed in Colombia despite facing seemingly insurmountable obstacles, Frechette asked seven influential women leaders to analyze this paradoxical development.

In this re-released version of her original comprehensive study of a women's movement in Colombia that sprang to life after women won the vote in 1957 and blossomed in 1998 when two of the women in this book ran for president, Frechette offers captivating chronological leadership profiles of outstanding women and the family influences, leadership styles, and religious roots that inspired them to seek to better their nation, despite death threats and risks of political exile.