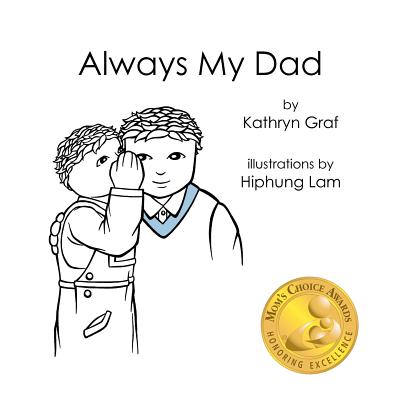 A children's picture book (ages 5-10) in which a small boy deals with the loss of his father. Always My Dad offers the hope that love endures after death and a deceased father (or mother) can be a unique, invisible friend throughout one's life.

Kathryn Graf has worked as an actress on stage, screen and radio for over twenty years. Several years ago she wrote and then performed a one-woman show, Surviving David, which chronicled her first year as a young widow. It played in L.A. and NY and received an 'Outstanding Solo Show' award from the New York International Fringe Festival. Since then she has completed many stage and screenplays. Her play, Poor Pretty Birds, was produced in New York at the Philipstown Depot Theatre. Her one-act, The Stiff, was a finalist in the 2010 Tennessee Williams One-Act Competition and was part of the Tri-State Actors Theater's 2011 Reading Series. Two of her screenplays, The Good Widow and She Woke Up, have been honored in the 2010 Writers' Digest Writing Competition. Her play, Hermetically Sealed, will open in L.A. in October, 2011 at The Skylight Theater. Always My Dad is a book she felt compelled to write, the words she wished she had shared with her own children after the death of their father, actor David Graf. kathryngraf.com
Loading...
or support indie stores by buying on