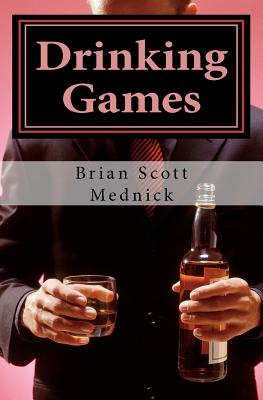 According to an old saying, there are eight million stories in the naked city. In this absorbing collection, Brian Scott Mednick offers fifteen. Among the inhabitants of Mednick's Manhattan are Feldman, a meek accountant whose quiet evening at home is interrupted by a wrong number; Fletcher and Lloyd, two former friends whose encounters over the years bring back painful college memories; Leroy, a distinguished black gentleman who entwines a young law student into his world of drinking; and Jack and Margaret, whose May-December attraction provides the basis for the title story. At turns both dark and funny, this anthology is a reminder of the intoxicating spell one city can have on its residents, especially after a few drinks.

Brian Scott Mednick is a graduate of NYU film school. He is an author, critic, and filmmaker whose writing has appeared in many magazines and newspapers. His first book, the biography "Gene Wilder: Funny and Sad," was released in December 2010 to rave reviews. Visit him online at www.brianscottmednick.com.
Loading...
or support indie stores by buying on