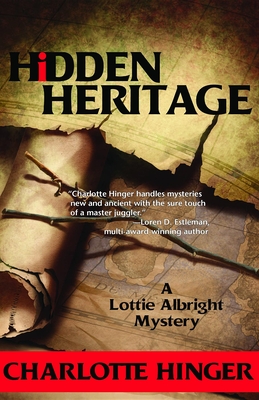 After a gruesome killing at the Carlton County, Kansas, livestock feedyard, Sheriff Sam Abbot, Undersheriff Lottie Albright, and her ranching husband deputy know their resources are over-stretched. Still, none of their team or neighboring law enforcement in Western Kansas welcomes the idea of a regional crime center.
Kansas Bureau of Investigation Agent Dimon suggests the murder may not be a simple local affair. Unconvinced, Lottie-- still director of the historical society--calls for stories from families whose ancestors were part of groups colonizing Kansas. Do a Francisca D az is the ancient head of one such clan.
It turns out, Francisca's great grandson Victor was the murder victim. Francisca, a fabled curandera with terribly damaged hands, insists she knows why Victor was killed. The key, she claims, is in ancient documents.
At Do a Francisca's invitation, Lottie visits the D az' property. In a drought-ridden area, the land is lush. Francisca wants Lottie to train as her heir. Reluctant yet fascinated, Lottie agrees.
Will Lottie be lost in this maze of magic? Does this family and its secret hold the key to murder and other terrible crimes?

Charlotte Hinger is an awardwinning novelist and Kansas historian. The first book in her Lottie Albright series, Deadly Descent, won the Arizona Book Publishers award for Best Mystery/Suspense. Come Spring, a historical novel, won the Western Writers Medicine Pipe Bearers award and was a Spur finalist. Her short stories have been included in several anthologies and the Ellery Queen Mystery Magazine. www.charlottehinger.com
Loading...
or
Not Currently Available for Direct Purchase