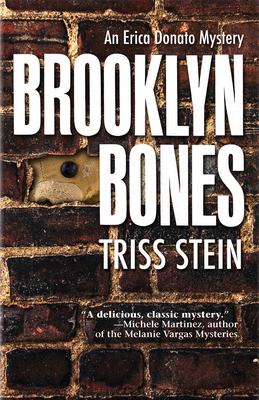 Brooklyn native and young widow Erica Donato wants to focus on her PhD research. But when her teenage daughter Chris finds a skeleton behind a wall in their crumbling Park Slope, Brooklyn, home, she and her daughter are both touched and disturbed by the mysterious tragedy. Are the remains more recent than they at first appear?

Chris' dangerous curiosity and Erica's work at a local history museum lead her right back to her neighborhood in its edgy, pregentrification days, when the age of Aquarius was turning dark. A cranky retired reporter shares old files. The charming widow of a slumlord has some surprises. The crazy old lady who hangs around Erica's street keeps trying to tell her something, and the people who know the whole story will stop at nothing to make sure it stays buried forever....

Triss Stein is a small -town girl who has spent most of her adult life living and working in New York city. This gives her the useful double vision of a stranger and a resident for writing mysteries about her ever-fascinating adopted home. Brooklyn Bones is the first in a new series about everyday Brooklyn life, Brooklyn history and Brooklyn crime. She is the author of two earlier mysteries, "Murder at the Class Reunion" and "Digging Up Death," is a member of Mystery Writers of America and Sisters in Crime, and managed the recent Sisters in Crime research study on mystery readers.
Loading...
or
Not Currently Available for Direct Purchase