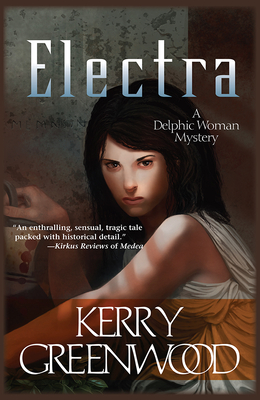 In the third and final volume of the Delphic Women series, Hector is dead, Troy has fallen in ruins; and unknown to the Argives, refugees from the sack are rebuilding their civilization in New Troy. Agamemnon King of Men returns in triumph to Mycenae, bringing Princess Cassandra among his captives. Diomenes called Chryse and a Trojan sailor pursue her by sea, hoping against hope to rescue her. Their resourcefulness will be strained to its limits by war, pillage and social breakdown. For all is not well in the House of the Axe. In the king's absence, Clytemnestra the Queen has taken a lover Aegisthus and has mixed feelings about her husband's return. And the King's golden-eyed daughter Electra hides a secret of her own which will bring a terrible vengeance. Meanwhile Odysseus, Sacker of Cities, has troubles of his own. He wishes only to return home to Ithaca, but the gods have other ideas.

Kerry Greenwood is the author of the Phryne Fisher and Corinna Chapman detective stories, as well as the Delphic Women series and many other books both ancient and modern. She is a qualified lawyer who has practised for many years in the law courts as a defence counsel. She lives with an accredited wizard and several cats in Melbourne, Australia. In her spare time, she stares blankly out the window.
Loading...
or
Not Currently Available for Direct Purchase