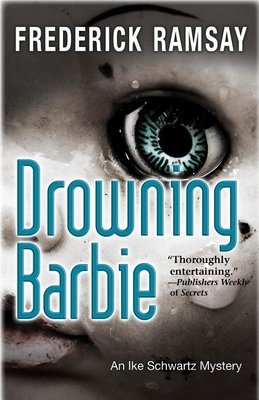 Ethyl Smut, everyone agreed, deserved to die. Drugs, child abuse, a life wasted, but murder is murder and killers must be brought to justice.So, when a second body is unearthed in her shallow grave, and the town's worst nightmare in the person of George LeBrun also find their way onto Ike's desk so to speak, things get messy fast. Then there is Ethyl's missing daughter, Darla, who could testify against some important people if she were found. And as if Ike hadn't enough on his plate, Karl Hedrick and Sam arrive to investigate the source of the second body and it's like old home week in Picketsville. Finally, there is the Never-ending Story of Ike and Ruth's engagement that friend and foe alike insist be settled one way or another.

Frederick Ramsay's first novel, Artscape, was published July, 2004. Since that time he has published fourteen books which range from historicals (The Jerusalem Mysteries), to Africa, to police procedurals s, (The Ike Schwartz Mysteries.) In addition his Stand alone Impulse was named One of the Best 100 Books of the Year in 2006.He is an iconographer, an accomplished public speaker can be seen occasionaly on Channel 22 (Cox) as a sometime panelist.
Loading...
or
Not Currently Available for Direct Purchase