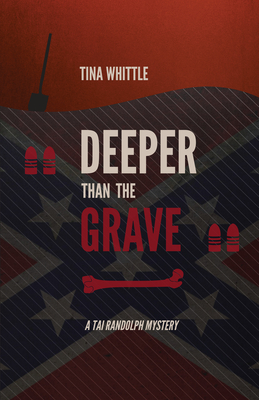 Deeper Than the Grave (Tai Randolph #4)

It's taken almost a year, but Tai Randolph has her new life together. She's running a semi-successful Atlanta gun shop catering to Civil War re-enactors. Her lover, the sexy-if-security-obsessed Trey Seaver, is sorting out his challenges. There's not a single corpse on her horizon, and her previously haphazard existence is finally stable, secure... and unsurprising. Then a tornado blows by a Kennesaw Mountain cemetery, scattering the skeletal remains of a Confederate hero. Assisting the bones recovery effort is a job her late Uncle Dexter would have relished, as does Tai. Does she hit the jackpot on discovering a jumble of bones in the underbrush?

No. The bones reveal a more recent murder, with her deceased uncle leading the suspect list. As Tai struggles to clear Dexter's name - and save the business he left her - she uncovers deadly secrets were also buried in the red Georgia clay. And realizes there's a live murderer on the loose, a clever killer who has tried to conceal the crimes of the present in the stories of the past. As she risks her own life to unravel two mysteries - one from a previous century, one literally at her doorstep - Tai rediscovers her dangerous taste for murder and mayhem.