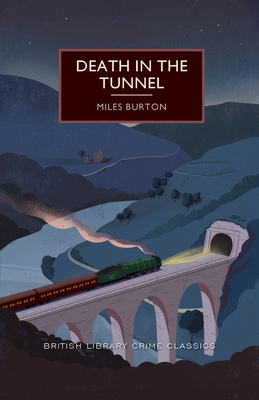 On a dark November evening, Sir Wilfred Saxonby is travelling alone in the 5 o'clock train from Cannon Street, in a locked compartment. The train slows and stops inside a tunnel; and by the time it emerges again minutes later, Sir Wilfred has been shot dead, his heart pierced by a single bullet. Suicide seems to be the answer, even though no reason can be found. Inspector Arnold of Scotland Yard thinks again when he learns that a mysterious red light in the tunnel caused the train to slow down. Finding himself stumped by the puzzle, Arnold consults his friend Desmond Merrion, a wealthy amateur expert in criminology. To Merrion it seems that the dead man fell victim to a complex conspiracy-but the investigators are puzzled about the conspirators' motives, as well as their identities. Can there be a connection with Sir Wilfred's seemingly untroubled family life, his highly successful business, or his high-handed and unforgiving personality? And what is the significance of the wallet found on the corpse, and the bank notes that it contained?

MILES BURTON was a pseudonym of Cecil Street (1884-1964), a British soldier who became a prolific novelist in the 1920s. He was the author of approximately 140 detective novels, of which the most highly regarded were published under the names Miles Burton and John Rhode.
or
Buy Here
(This book is on backorder)
Copyright © 2020 American Booksellers Association