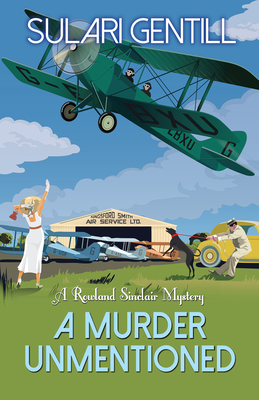 "Fans of Kerry Greenwood's Phryne Fisher will love this sixth entry in the Rowland Sinclair series by Sulari Gentill...and the solution to the mystery will keep readers guessing till the end.
" — Shelf Awareness for Readers

"Gentill’s sixth installment in the "Rowland Sinclair" series (after Gentlemen Formerly Dressed) is best categorized as a cozy or historical mystery, with a touch of detective fiction. Recommended for readers who enjoy similar authors such as Kerry Greenwood and Agatha Christie." — Library Journal

"This sixth entry in the Rowland Sinclair series, which blends historical figures seamlessly with fictional ones, clarifies and advances the family dynamics of its appealing protagonist, which should delight fans and win new readers." — Michele Leber, Booklist