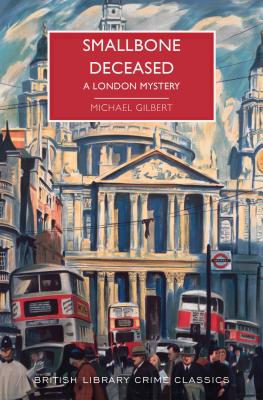 Discover the captivating treasures buried in the British Library's archives. Largely inaccessible to the public until now, these enduring classics were written in the golden age of detective fiction.

A classic of the genre--Guardian

Horniman, Birley and Craine is a highly respected legal firm with clients drawn from the highest in the land. When a deed box in the office is opened to reveal a corpse, the threat of scandal promises to wreak havoc on the firm's reputation--especially as the murder looks like an inside job. The partners and staff of the firm keep a watchful and suspicious eye on their colleagues, as Inspector Hazlerigg sets out to solve the mystery of who Mr. Smallbone was--and why he had to die.

Since its initial publication in 1950, Smallbone Deceased has been lauded as a perfect British mystery as well as a historical fiction bestseller. Written with style, pace, and wit, this is a masterpiece by one of the finest writers of traditional British crime books since the Second World War.

Michael Gilbert (1912-2006) wrote thrillers, police procedurals and espionage novels that rank among the highest and most varied achievements of British crime writing in the second half of the twentieth century. A founding member of the Crime Writers' Association, Gilbert was for many years partner in a London law firm and drew on his knowledge of the law in writing his most acclaimed novel.
Loading...
or support indie stores by buying on