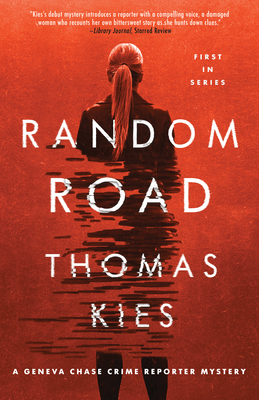 Some vices are deadlier than others...

Veteran reporter Geneva Chase is at the end of her professional rope. Battling alcoholism and bad choices, she's lost every major news job she's had; working at her hometown newspaper is her last chance to redeem herself--and now the paper's future is in doubt.

And then she lands the story of a lifetime: Six nude bodies are found hacked to pieces in a Queen Anne mansion on the coast of Long Island Sound. The sensational headline is picked up by the metro papers, and Geneva is back in the game, using her reporter's nose to sniff out the secrets of Sheffield's rich and entitled citizens. As her investigation leads her deeper into dangerous waters, her toxic affair with a married man and her inability to get sober threaten to undo everything she has worked so hard to achieve--and not everyone is thrilled to have a reporter digging up secrets that might be better left buried...

This special First-in-a-Series edition includes: A New Introduction by the AuthorA Reading Group GuideA Conversation with the AuthorAn Excerpt from Darkness Lane, the Next Geneva Chase Crime Reporter Mystery