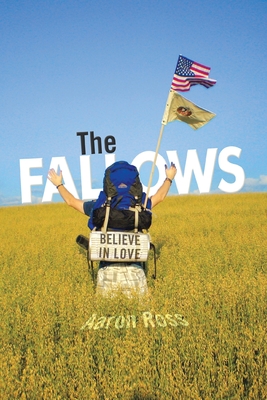 One man goes on a quest to find his lost love facing not only the gods themselves but also humanity and the forces of nature. In a spiritual adventure the man inspires not only the gods but also the people of the earth to save the world from global warming, war, famine, disease, and abuse. Together the gods and mankind join hands to call forth the evils of the world back into Pandora's box, which was once released into the world by the mighty Zeus because Prometheus stole fire from Mount Olympus and gave it to man. I wish not to overwhelm the readers by stretching their consciousness beyond the boundaries of their own reason. But for you to gain the most out of your reading experience of The Fallows, you must know that I have worked hard to speak to its readers on three different intellectual levels. And I hope that you will enjoy this book, for in truth I cried tears with every line of poetry that was written, and it's no lie: The Fallows was truly a remarkably healing experience for me as I hope that it will be as much a healing experience for you. The first intellectual level in which The Fallows speaks is primarily a poetic story. It is a tale about a man who was born into the world without knowing his true family, and after his quest to find them, he comes home to find he has lost the only woman that he loves. In metaphorical language, the man goes into the forest to call upon the birds of the air for love, symbolically representing humanity as John the Baptist in the Bible was once weeping in the wilderness. In the forest he is met by the great phoenix, and he is sent out on a quest to save the earth, and if he accomplishes the phoenix's quest, the birds of the air will gather to find his love. Left alone and hungry after the phoenix and his kin fly away, the man eats a poisonous flower and perishes, representing the fall of humanity, as Adam and Eve once ate from the tree of the knowledge of good and evil, bringing death and sin into the world. From this point on of this great story, you are left on your own to discover The Fallows; it is a great story about man's love for woman and woman's love for man and the love they have for their child and the gods, but most importantly it is about their love for the earth. I do not wish to ruin the rest of the story before you have had the chance to read it yourself, so I will not reveal any more of its major themes. The second intellectual level in which the book speaks is found in the allegorical messages written in the poem that are in reference to my walk across America for love, inspiring the people of the world to unite their strengths, hearts, and resources to heal the earth, which provides for us all. When the sunset rises in New York from the east, early in the morning I will fill a jar with water from the Atlantic Ocean to be carried across America in my backpack to be dumped into the Pacific Ocean in California exactly while the sun is setting over the west. The jar poetically represents Pandora's box of evils that have been released into the world. What most people don't know is that it was not Pandora's box at all which was opened but a jar that was opened because of her curiosity. Thus Pandora's jar is what was opened to release the evils into the world; the only spiritual force left in the jar was hope. The ancient poems written about Pandora in the past speak of a clay jar that was opened, not a box. Pandora's box does sound better than Pandora' jar, but in all actuality there is still a debate over the issue because there are also references to a box. Which one is the truth, we unfortunately may never know. I am walking across America for love and for all lovers that ever were and for all lovers that will ever be to add more emotional charge to the words of love in this poem for all times dedicated to lovers forever and eternal. Because actions will forever speak louder than words. I have read that great writers in the past would go on walks throug.

Aaron Ross went to Liberty University in Virginia for communications and theology. Also he attended the Life Time Career Institute for a degree in small business management. Currently Aaron is living in 55 Corbett Avenue, Irwin, Pennsylvania, 15642. He is now working on the second book to The Fallows series, three screenplays, and three novels that will soon be ready for production. Aaron's dream was to begin his career in writing the way literature has evolved throughout history, and he has accomplished that dream with The Fallows.
Loading...
or support indie stores by buying on