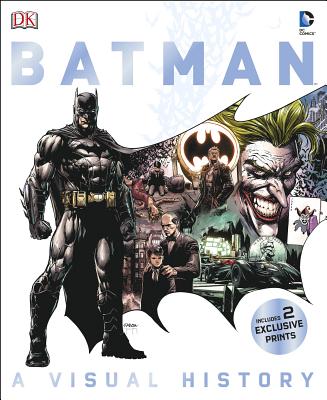 From genesis to greatness - the full, illustrated story of the Batman! .

Decade by decade, year by year, month by month, explore the evolution of the World's Greatest Detective, his heroic Bat-Family, and his unforgettable gallery of rogues, such as the Joker, Harley Quinn, Catwoman, Bane, Scarecrow and the Penguin.

Packed with original, comic book art, in-depth profiles, key storylines and events, both in and out of world.

Praise For Batman: A Visual History…

Matthew K. Manning has contributed to more than 40 books and comic books, including DK’s Batman: A Visual History, DC Comics: A Visual History and DC Comics: Year by Year. When not writing comics themselves, Manning often writes books about the comic book medium and its rich history.
or support indie stores by buying on