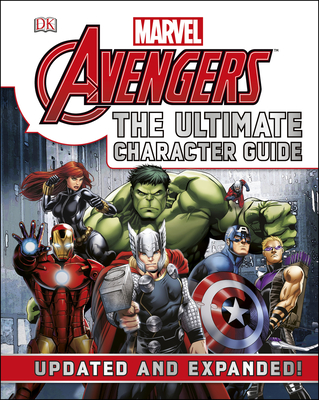 A guide to the characters of the world of Marvel Avengers — updated and expanded!

This revised edition of this superb guide to the characters of Earth's mightiest Super Hero team features updated images and text for many existing characters as well as a further 60 new heroes and villains. As ever, each character is illustrated with original art by Marvel Comics' finest artists, and the text has been updated to take account of new events in the Avengers' world. Including more than 220 classic Marvel characters and a simple and clear A-Z format, Marvel Avengers: The Ultimate Character Guide will appeal to children and adults alike!


Praise For Marvel The Avengers: The Ultimate Character Guide…

A YALSA Quick Pick for Reluctant Readers for 2012.

Alan Cowsill started out as a comic dealer before becoming an award-winning writer and editor. He co-created Stormwatcher for Acme/Eclipse before working on Panini UK's Marvel line and writing the first UK-originated Spider-Man strips for more than a decade. He created the bestselling Jackie Chan Adventures, the award-winning Classic Marvel Figurine Collection, and the DC Super Hero Collection for Eaglemoss Publishing. His books include Colin the Goblin, Warzone: Dark Eden, Chronopia, DC Comics: A Year by Year Visual Chronicle, Marvel Avengers Character Encyclopaedia, Avengers: The Ultimate Guide to Earth's Mightiest Heroes, and Spider-Man Year by Year: A Visual Chronicle. When he isn’t making comics, designing figurines, or crafting anthologies, Alan writes novels and practices qigong and kung fu.
Loading...
or
Not Currently Available for Direct Purchase