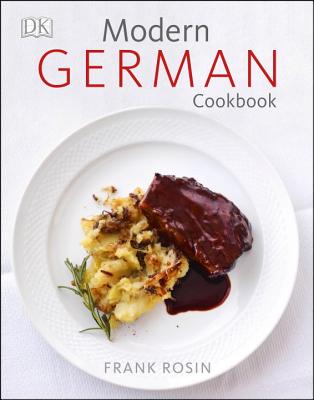 In Modern German Cookbook, the only German television chef with two Michelin stars, Frank Rosin, shares his secrets and puts a modern twist on 100 classic German recipes. Rosin's eye for detail, finesse and refined simplicity in the kitchen make the dishes effortless for even the most novice of cooks.

From soups and starters, all the way through to desserts, Rosin covers all the German favorites: asparagus soup, schnitzel, baked apple, and even the Rosin family's own sauerbraten recipe! But that's not the only secret he shares. Throughout Modern German Cookbook, he reveals valuable culinary knowledge and techniques, including how a sour flavor can improve the taste of a dish, how a reduction can be utilized for seasoning, and more.

With Modern German Cookbook, you can host a German feast of your own and learn professional techniques that will soon have you on your way to becoming the next Frank Rosin!

"Modern German Cookbook recipes are savory, juicy, and succulent. Those who love good food will find them addictive." — The Washington Book Review

Frank Rosin is a cook, television personality, and restaurant owner. Rosin was born in Germany and is a mostly self-taught cook. He has appeared on The Fastfood Duel, Hells Kitchen, and many other cooking programs. He is the author of The Modern German Cookbook. You can learn more about Rosin at frankrosin.de or @FrankRosin1.
Loading...
or
Not Currently Available for Direct Purchase