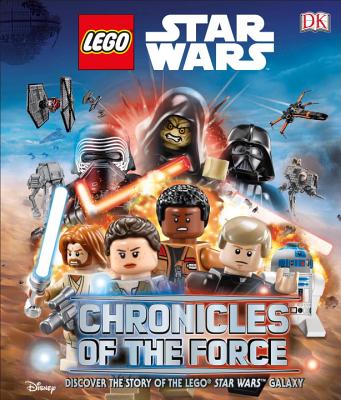 Featuring the latest LEGO® Star Wars™ sets and minifigures, LEGO Star Wars: Chronicles of the Force is a fun and informative guide to a LEGO galaxy far, far away. . . .

A must-have for fans of the live-action Star Wars saga and its LEGO incarnation alike, this is the most up-to-date companion to LEGO Star Wars, with detailed information about the latest sets and minifigures and illustrated with extensive photography.

Adam Bray is a lifelong fan of Star Wars. He is the author of DK's Ultimate Star Wars, Star Wars Rebels: The Visual Guide, Star Wars: Absolutely Everything You Need to Know, and Star Wars: The Visual Encyclopedia. Adam is also a contributor to the official blog at StarWars.com and a guest commentator on many popular Star Wars fan podcasts.

Cole Horton is a historian, pop culture enthusiast, and longtime Star Wars aficionado. He is a frequent contributor for Lucasfilm and Marvel, writing for StarWars.com, Marvel.com, and the Marvel Augmented Reality app. He is the writer of DK's bestselling Star Wars: Absolutely Everything You Need to Know.
Loading...
or
Not Currently Available for Direct Purchase