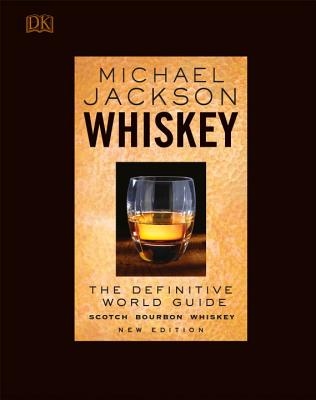 Discover the secrets of whiskey's aromas and flavors, the stories behind great distilleries, and expert tasting notes in this updated edition originated by one of the most highly respected commentators in the whiskey world, Michael Jackson.

From grain to glass, Whiskey tells you everything and anything you'll ever want to know about whiskey, from storing and serving whiskey, to whiskey cocktails, to pairing whiskey with food.

In addition to a refreshed design, this updated edition includes the recent names in whiskey today, a new section devoted to American craft distilleries, and the addition of new distilleries from across Europe, Africa, Asia, and Australia.

This beautiful coffee table book makes a high-quality gift or self purchase.

"Jackson's collection of essays and photographs will teach newbies… but it will gratify the most obsessive enthusiasts as well." — Publishers Weekly

Michael Jackson is the world's leading writer on beer. His Beer Hunter TV documentaries presented a new view of beer as an element not only of civilized social life but also of gastronomy. He introduced the world to the specialty beers of Belgium, and helped inspire the American microbrewery revolution, as well as a generation of beer writers. Jackson's books for DK include The Great Beer Guide, Eyewitness Companions: Beer, and Whiskey: The Definitive World Guide, which won a James Beard Foundation Book Award for Wine and Spirits. Jackson is also a past winner of the Glenfiddich Trophy and the André Simon Award.
Loading...
or
Not Currently Available for Direct Purchase