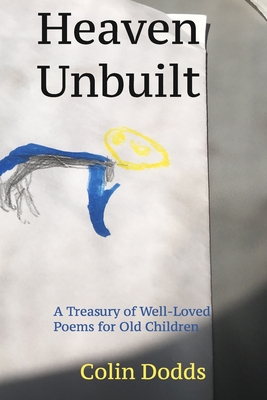 Heaven Unbuilt is the sum of roughly ten years of Dodds' work as a poet. The poems wander the hallucinatory frontiers of experience to the dangerous, unlikely moments of insight for which readers had feared themselves too decent, too well liked and too cautious. Heaven Unbuilt encompasses Spill-O's fitful travels toward grace, poems from songs for the band Adultogram, then down the streets of Brooklyn, over the mountains and across the deserts of the American West, through casinos and churches, to a long interlude in a bar, through grief and into the slow, sometimes reluctant submission to love. It's a book of poems that does something that no book of poems has done in a while.

Colin Dodds grew up in Massachusetts and completed his education in New York City. His poetry has appeared in more than a hundred fifty publications, and has been nominated for the Pushcart Prize. The poet and songwriter David Berman (Silver Jews, Actual Air) said of Dodds' work: "These are very good poems. For moments I could even feel the old feelings when I read them." Dodds is also the author of several novels, including WINDFALL and The Last Bad Job, which the late Norman Mailer touted as showing "something that very few writers have; a species of inner talent that owes very little to other people." And his screenplay, Refreshment, was named a semi-finalist in the 2010 American Zoetrope Contest. Colin lives in Brooklyn, New York, with his wife Samantha. You can find more of his work at thecolindodds.com.
Loading...
or support indie stores by buying on