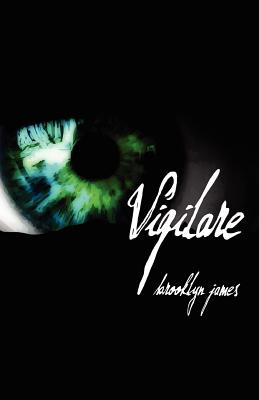 Book #1, The Vigilare Series. Where One System Fails, Another Never Gives Up Detectives Gina DeLuca and Tony Gronkowski investigate a string of murders among Vanguard's most loathsome population, rapists and pedophiles. With fed up citizens, the city is on the verge of a vigilante uprising in support of their seemingly superhuman Vigilare with the sparkling emerald green eyes. Friend or foe, Vanguard Police Department has a job to do in bringing the vigilant one to justice, causing their own internal battle with right and wrong, immoral and just. Following their leads, Detectives DeLuca and Gronkowski find themselves pulled into a mysterious world of super blood and super powers, and closer to the Vigilare than ever expected. It's a race to the finish between Detectives DeLuca and Gronkowski and the Vigilare to figure out who she is and why she exists. The first in a Trilogy, Vigilare-the one who watches over-comes to light. The Vigilare Series is best read in order-Vigilare, Vigilare: Hell Hound, Jolie Blonde, Vigilare: The Torch. However, the prequel can be read first. THE VIGILARE SERIES IS RECOMMENDED FOR READERS 18 AND UP DUE TO STRONG LANGUAGE, SEXUAL SITUATIONS, AND MILD VIOLENCE.

Brooklyn James is an author/singer/songwriter inspired by life in the Live Music Capital of Austin, Texas. Her first novel, The Boots My Mother Gave Me, has an original music soundtrack and was chosen as a Quarter Finalist in the Amazon Breakthrough Novel Awards. This book has ranked in Kindle's Top 100 Coming of Age and Women's Fiction. When she is not writing books, she can be found playing live music around Austin as part of an acoustic duo. Like most everyone, she treasures her time spent with family and friends. Brooklyn has been in a Weezer video, met Harry Connick Jr. as an extra on the set of When Angels Sing, and she was Mira Sorvino's stand-in on Jerry Bruckheimer's Trooper pilot for TNT. She enjoys reading, dancing, working out, fishing with her hubby, and a good glass of kombucha. Brooklyn holds an M.A. in Communication, and a B.S. in both Nursing and Animal Science. Her nursing career has seen specialties in the areas of Intensive Care and Postpartum. She serves as a Guest Speaker with a focus on awareness and prevention of Domestic Violence and Suicide. Find her at www.brooklyn-james.com or www.facebook.com/BrooklynJamesAuthor. You can also find her music on Amazon, iTunes, CDBaby, YouTube, and Pandora.
or
Buy Here
Copyright © 2020 American Booksellers Association