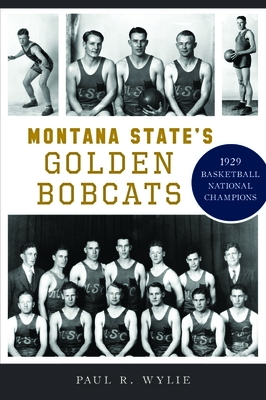 Ashworth Cat Thompson and brothers Frank and Orland Ward didn't know what to expect when they left southern Utah in the Fall of 1926. They arrived in Bozeman to play on the Montana State College basketball team under charismatic coach and fellow Utah native Ott Romney and Assistant Coach Schubert Dyche. Teamed with Montana products Brick Breeden and Max Worthington the following season, the core formed one of the best teams in the country. Despite Romney returning to Provo at the end of 1928, the Bobcats persevered in '29 under Schubert to win the consensus college national basketball championship, with Cat and Frank Ward earning All-American honors.

Author Paul R. Wylie recounts the on and off court challenges and triumphs of the Bobcats' Golden team