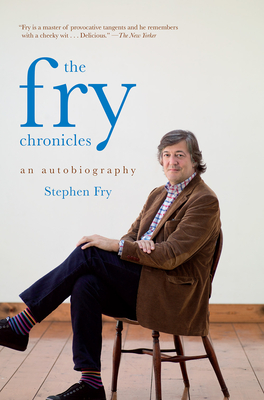 But when he arrived at Cambridge he was a convicted thief, an addict, and a failed suicide, convinced that he would be expelled. Instead, university life offered him love and the chance to entertain. He befriended bright young things like Hugh Laurie, now the star of House, and Emma Thompson. This is the hilarious and utterly compelling story of how the Stephen the world knows (or thinks it knows) took his first steps in the worlds of theater, radio, television, and film. Tales of scandal and champagne jostle with insights into hard-earned stardom. The Fry Chronicles is not afraid to confront the chasm that separates public image from private feeling, and it is marvelously rich in trademark wit and verbal brilliance.

Stephen Fry is an actor, producer, director, and writer who has starred in numerous TV series including "Blackadder, Jeeves & Wooster," and the sketch show "A Bit of Fry & Laurie." He is the bestselling author of four novels as well as several works of nonfiction.
Loading...
or
Not Currently Available for Direct Purchase