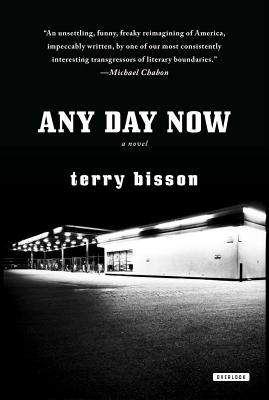 Written in a voice that is warmhearted and hauntingly original, Any Day Now is the story of Clay, a small-town boy whose future is all mapped out. It travels as far as an isolated New Mexico commune under threat from a national revolution, with Clay battling to find his place in the new America -- and hoping desperately to forget what happened back East with the girl he loved. Bisson, whose prose brings to life this wild tale in the vein of Philip Roth's The Plot Against America, has written a transcendent commentary on America's civil liberties and the perils of growing up, then and now.

Terry Bisson is a Hugo and Nebula award writer. He has published seven novels and his short fiction has appeared in Playboy and Harper's magazine, among others. He previously worked as an auto mechanic and as a magazine and book editor. Bisson lives in Oakland, California.
Loading...
or
Not Currently Available for Direct Purchase