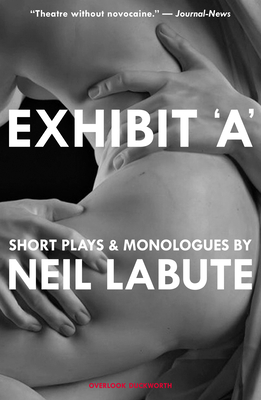 In the title play, Exhibit ‘A’, an artist pushes the boundaries of his art to a previously untouched frontier, challenging the very definition of “art.” 10K explores the territory where fantasy and desire merge, as a man and woman share secrets while traversing a suburban jogging path. Here We Go Round the Mulberry Bush is a tense confrontation between two men in a park. In Happy Hour, a guy and a gal meet cute in a bar. I’m Going To Stop Pretending (That I Didn’t Break Your Heart) lays bare a couple at the bitter end of a relationship, where devastation and loss for one is freedom and inevitability for the other.   16 Pounds is a bleak, near-future look at water scarcity; BFF is the stage adaptation of LaBute’s short film about three “friends”; Black Girls takes a white guy and a black girl through a wildly uncomfortable conversation; Some White Chick and The Unimaginable are two chillers written for Southwark Playhouse’s TERROR! Festival; and the monologue Totally is a young woman’s sex revenge confession like no other.

Neil LaBute's plays include bash, Reasons to Be Happy, The Money Shot, and The Way We Get By. His films include In the Company of Men, Your Friends and Neighbors, The Shape of Things, Some Velvet Morning, and Dirty Weekend. Television includes Billy & Billie and Van Helsing. He is a Lucille Lortel Playwrights' Sidewalk Inductee and a recipient of a Literature Award from the American Academy of Arts and Letters.
Loading...
or
Not Currently Available for Direct Purchase