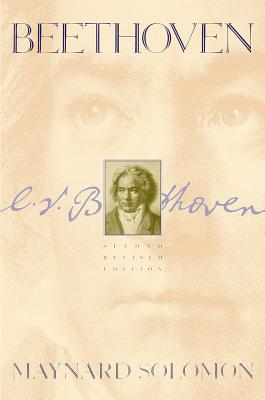 The definitive biography of Beethoven, “already a classic of its kind” (The New York Times), setting the world standard in composer biographies

Maynard Solomon’s Beethoven has long been firmly established among music lovers and scholars alike as the standard modern biography of Beethoven. Now it is thoroughly revised, updated, and expanded by the author to incorporate new materials and the findings of later research to further illuminate the human dimension that underlies a series of creative events unique in the history of civilization.

In Beethoven, Solomon movingly traces the slow process by which the renowned composer reconstructed his life and ultimately arrived at a new mode of self-understanding, offering probing analyses of the composer’s deafness, romantic longings, and political outlook, and of his reshaping of the classical tradition. Solomon divides the life and works of the composer into four periods: Beethoven’s early years fraught with family troubles, and his emergence as an exemplary young court musician and virtuoso; his move to Vienna in late 1792 and subsequent conflicts with teachers and patrons and struggles for independence and recognition; the psychological, stylistic, and ideological crises that accompanied the formation of Beethoven’s “heroic” style; and the collapse of Beethoven’s marriage plans, the dissolution of his “heroic” style, and his turbulent attempt to seize the guardianship of his nephew, Karl.

Hailed as a masterpiece for its original interpretations of Beethoven’s life and music, this edition of the classic biography includes a thirty-page bibliographical essay and numerous illustrations, providing a robust pictorial biography of the composer.

Maynard Solomon is a leading authority on Beethoven, the author of four books on the composer and of Mozart: A Life. His Beethoven Essays received the Kinkeldey Award of the American Musicological Society for the most distinguished book of the year. Solomon has taught at Columbia, Harvard, and Yale Universities and is on the graduate faculty of the Juilliard School. He is also an advisor to the Beethoven Archive in Bonn.