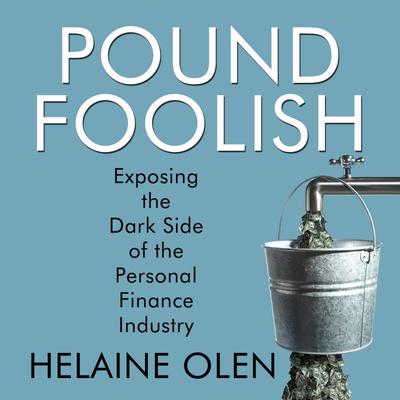 If you’ve ever bought a personal finance book, watched a TV show about stock picking, listened to a radio show about getting out of debt, or attended a seminar to help you plan for your retirement, you’ve probably heard some version of these quotes:

“What’s keeping you from being rich? In most cases, it is simply a lack of belief.” —SUZE ORMAN, The Courage to Be Rich
“Are you latte-ing away your financial future?” —DAVID BACH, Smart Women Finish Rich
“I know you’re capable of picking winning stocks and holding on to them.” —JIM CRAMER, Mad Money

They’re common refrains among personal finance gurus. There’s just one problem: those and many similar statements are false.

For the past few decades, Americans have spent billions of dollars on personal finance products. As salaries have stagnated and companies have cut back on benefits, we’ve taken matters into our own hands, embracing the can-do attitude that if we’re smart enough, we can overcome even daunting financial obstacles. But that’s not true.

In this meticulously reported and shocking audiobook, journalist and former financial columnist Helaine Olen goes behind the curtain of the personal finance industry to expose the myths, contradictions, and outright lies it has perpetuated. She shows how an industry that started as a response to the Great Depression morphed into a behemoth that thrives by selling us products and services that offer little if any help.

Olen calls out some of the biggest names in the business, revealing how even the most respected gurus have engaged in dubious, even deceitful, practices—from accepting payments from banks and corporations in exchange for promoting certain prod­ucts to blaming the victims of economic catastrophe for their own financial misfortune. Pound Foolish also disproves many myths about spending and saving.

Weaving together original reporting, interviews with experts, and studies from disciplines ranging from behavioral economics to retirement planning, Pound Foolish is a compassionate and compelling audioook that will change the way we think and talk about our money.