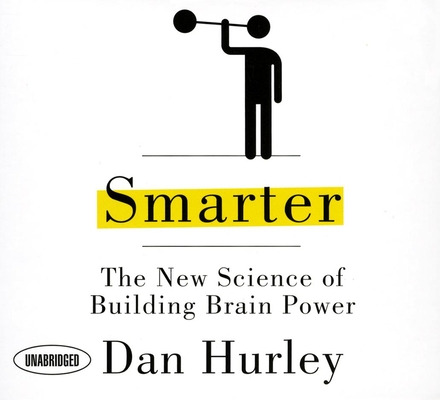 Expanding upon one of the most-read New York Times Magazine features of 2012, Smarter penetrates the hot new field of intelligence research to reveal what researchers call a revolution in human intellectual abilities. Shattering decades of dogma, scientists began publishing studies in 2008 showing that "fluid intelligence" - the ability to learn, solve novel problems, and get to the heart of things - can be increased through training. But is it all just hype? With vivid stories of lives transformed, science journalist Dan Hurley delivers practical findings for people of every age and ability. Along the way, he narrates with acid tongued wit his experiences as a human guinea pig, road-testing commercial brain-training programs, learning to play the Renaissance lute, getting physically fit, even undergoing transcranial directcurrent stimulation.

DAN HURLEY is an award-winning science journalist whose 2012 feature in New York Times Magazine, "Can You Make Yourself Smarter?" was one of the magazine's most-read articles of the year. In 2013, he published another article for the magazine, "Jumper Cables for the Mind," describing his experience with transcranial direct-current stimulation. He has written on the science of increasing fluid intelligence for the Washington Post and Neurology, and is featured in the 2013 PBS documentary, "Smarter Brains." His books have been excerpted in Wired and Discover magazine. Hurley has written nearly two dozen science articles for the New York Times since 2005.

Praise For Smarter: The New Science of Building Brain Power…

PRAISE FOR THE AUTHOR:
"Hurley captures the history and mystery of intelligence, but, most of all, the exciting new science of intellectual growth. This may be the most important revolution of our time!"—Carol Dweck, Author of Mindset: The New Psychology of Success