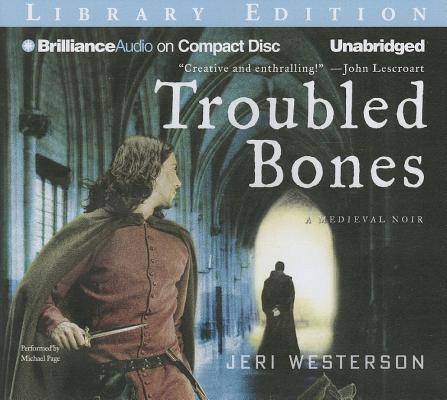 After an ill-considered action one night in London, disgraced knight Crispin Guest heeds the summons of the Archbishop of Canterbury, who has specifically requested Guest's presence. The archbishop has received letters threatening violence against the bones of saint and martyr Thomas Beckett, the greatest treasure on display in the cathedral in Canterbury. Guest, who has been living by his wits since being stripped of his honor, his title, and his lands, has earned a reputation for solving seemingly impossible puzzles and finding lost objects. Known to many as "the Tracker," Guest is now charged with protecting the relics of the saint and discovering whoever is out to destroy them. With his young apprentice, Jack Tucker, in tow, Guest arrives in Canterbury and is immediately accosted by an old acquaintance from court--one Geoffrey Chaucer--surrounded by a group of pilgrims lately come from London. Trapped among the travelers (who were, quite possibly, the model for Chaucer's famous story cycle, The Canterbury Tales), and tripped up by a series of murders in the cathedral, Crispin has to uncover a hidden heretic and a killer before his friend Chaucer, carefully framed for the murders, is hanged for someone else's crimes.